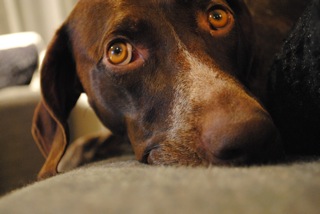 1. A shout out and blogacious thank you to Robert Rife, author of the insightful blog Innerwoven and frequent forays into poetry at Rob’s Lit Bits (check both out, especially Rob’s transparent and vulnerable life story which he posts in segments, called “From Earth to Sky”). Mr. Rob Rife generously included Buddy Breathing in his list of “cool blogs”. Well, Mr. Rife, you are too cool for school too! And a great big thank you!

2. A beautiful boy named Jordan Unrau left this earth last week to be with Jesus. Jordan attended Kelowna Christian School with two of our kids. He was just 15. I can’t imagine what his family is facing now, what they have experienced in the past year, and yet there is so much more than pain in their story. Here is their blog called Jordan’s Healing, which contains the most profound expressions of faith I have ever encountered.

3. Decking my halls with a girlfriend is a brilliant idea. No more feeling sorry for myself that the family is less interested in the process than the result. No more pity. All light, all joy, all music and eggnog and girly conversation, and a beautiful end product that everyone can enjoy!

4. Started watching “Touch” on Netflix. Becoming attached to the character of Jake, and wondering what the world might look like through his eyes… if there is documented proof of ‘seeing’ in the way that is portrayed in the show? Might wonder only be visible to some? Hmmm…check it out. And, according to this article, Season 2 will be released Feb. 8, 2013.

5. I finally bought my airline tickets! I’m attending a workshop with poet Patrick Lane, on Vancouver Island, in January. I’m feeling a little scared and giddy at the same time. To learn from Patrick will be a landmark and a huge honour. To share my work with him, will take courage.

6. Facebook… I have to say I miss you once in awhile, but not as often as I thought I might. I’ve done great and wonderful things without you. Like, thinking without interruptions to post thoughts, fixing things around the house, organizing things around the house. writing, special projects, seasonal preparations, connecting with real people in real life, and I’m surviving just fine thank you very much. Still, I do like you Facebook, you just have this way of sucking the time out of me. Maybe it’s just me, but I think a little bit of you goes a long way. Maybe we’ll catch up again in January.

In all things, somehow grace enough.